A command consumer does not need to know the command producers. It only needs to query the command manager for the current set of commands that are available for consumption.

Commands are created by a command producer, stored in the command manager and eventually consumed (or discarded) by a command consumer. This is the life cycle of a command. The duration of the cycle is determined by the context of the command manager. In an HTTP environment for example, the duration of a command life cycle can be determined by the HTTP context which spans the time that is needed to handle an HTTP Request on the server. 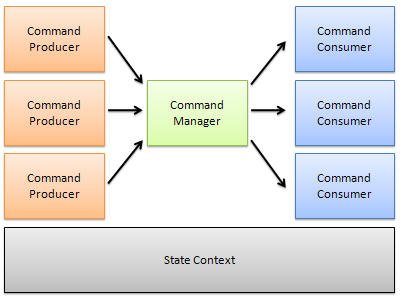 The Spice model is generic and has no dependencies on the Smartsite iXperion Render engine or SXML. It is possible to use Spice in a 100% ASP.NET environment.