How to configure IP6 support for Smartsite iXperion.

To test how Smartsite behaves under IP6 we have started a Windows 2008 Standard Server, disabled the IP4 network protocol and enabled the IP6 protocol. The screenshot below shows that the server now only has an IP6 address an no IP4 address.

Now that we can see the server only has an IP6 address an no IP4 address, both the CMS and PUB engine start without errors. We were able to open the manager and edit an item. The item used the SxmlEditor which was able to retrieve the Sxml schema from the server which indicates that the WCF webservices also work over IP6. We modified an item and used the request.clientip() viper to return the IP address of the client. We saved this item and viewed it in the frontend. The PUB server showed the IP6 address of the client. 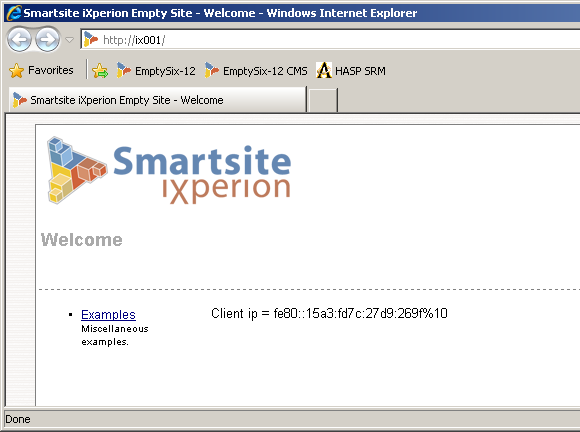 Even though these basic tests are not complete, they do show that most of the functionality offered by Smartsite iXperion works under IP6. Once testing has been completed, IP6 will be officially supported.